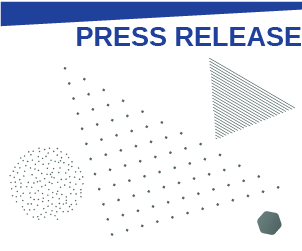 “Empowering you: empowerment of young EU citizens through a gamified virtual collaboration platform for political and civic participation” is a new project which focuses in promoting empowerment, active citizenship of young people and inclusive, open and innovative education, training and youth work, embedded in the digital era.

Social and political alienation faced by young Europeans is currently reflected in the low rates of their participation in political, civic and social life and consequently, is leading to marginalisation and social exclusion. This form of marginalisation is primarily expressed as electoral abstinence and limited interest in civic and social actions, but it can be also expressed in extreme cases as radicalisation and violent actions, undermining contemporary ideas of democracy and peace.

The main scope of the EmpoweringYou project is to promote political and social participation of young EU citizens at local, regional, national and European level, by developing civic engagement though the design and development of an interactive gamified platform, based on learning and exchange of views and ideas, combining inclusive non-formal education as well as networking and active community engagement.

The target group of the project is young adults aged 13 – 30 who are at risk of social exclusion including NEET young people (not in education, employment or training), those not engaged in electoral processes, those who have been involved in crime etc.

The project is working across 5 European countries in order to promote political and social participation of youth at an EU level, promoting simultaneously education on common European democratic values, as well as collaboration, communication and networking among young EU adults, who share more or less the same problems and face the same challenges. In order for the platform to address the multiple needs of different EU countries, the project will provide the input of transnational partners and target groups from different EU regions, supporting the dissemination of the platform across Europe.

The project is funded with support by the European Union and will run for 24 months (March 2017 – February 2019). The leader of the consortium which will implement the project, is Inova Consultancy (U.K.) and the project partners are: Centre for Advancement of Research and Development in Educational Technology – CARDET (Cyprus), Family and Childcare Centre – KMOP (Greece), Grupul Pentru Integrare Europeana Asociatie - GIE (Romania), Centro Servizi per il Volontariato delle Marche - CSV MARCHE (Italy), Asociacion de Personas Participantes - AGORA (Spain).